The Capital Medical Society is pleased to announce Dr. Duncan Postma as the recipient of this year's I.B. Harrison, M.D. Humanitarian Award. Each year this award is presented to a physician who demonstrates dedication to the humanitarian values we associate with the late Dr. I.B. Harrison. These values include: compassion, service, respect, wisdom and integrity. 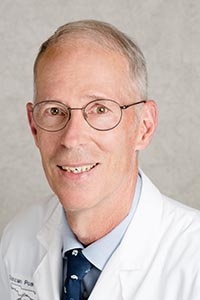 Dr. Postma, a board-certified otolaryngologist, grew up on a cattle farm in Marianna, Florida. This small town dubbed “The City of Southern Charm” is only 65 miles west of Tallahassee. At the tender age of five, Dr. Postma had already predicted his future in medicine. He credits his immediate desire to become a physician to the exceptional physicians he grew up with in Marianna.

>He graduated cum laude from Davidson College where he was a member of Phi Beta Kappa, the oldest honor society for the liberal arts and sciences in the United States and is considered the nation’s most prestigious honor society. Standing at 6’5”, he played on the Davidson’s Division 1 basketball team, which at that time was one of the top teams in the nation. His senior year, he was selected for the Third Team, Academic All-American. Upon graduation in 1971, he tried out for the then San Diego Rockets and played in a professional league in Los Angeles for two months. Ultimately, he decided to accept an assistant basketball coaching position at Davidson for one season.

In 1973, he began his medical school track at the University of North Carolina School of Medicine. During his third year, he had applied for internal medicine, family medicine, and otolaryngology. Once his fourth year rolled around, he decided that he was wired to “fix things” and knew he could excel in otolaryngology. He received his medical degree with honors from the University of North Carolina School of Medicine in 1977. While at UNC, he was a respected member of the Alpha Omega Alpha Honor Medical Society, an honor signifying a lasting commitment to scholarship, leadership, professionalism, and service.

He completed his internship at the University of California, San Francisco and his general surgery residency at Kaiser Permanente San Francisco. He completed his otolaryngology residency at University of North Carolina School of Medicine where he served as Chief Resident from 1981-1982. Upon completion of his otolaryngology residency, Dr. Postma joined the UNC School of Medicine faculty as Assistant Professor of Otolaryngology. During his four-year tenure on faculty, he also served as Medical Director of the Ear, Nose, and Throat Clinic at North Carolina Memorial Hospital.

Dr. Postma’s decision to move to Tallahassee was strategically planned and motivated by friendship, family, and community need. He and his wife, Dr. Marie Hayes were good friends with Dr. Michael and Susan Poole at UNC. Dr. Poole was a resident at UNC while Dr. Postma was on faculty. Their families wanted to stay together so they decided to plan their futures as a team. Their joint decision would lead them to either stay in Chapel Hill, N.C. or move somewhere in the southeast. One night they made a large poster with a grid that included their four names and rows with columns that included characteristics of the cities in the southeast, such as how family-oriented it was, how good was the medical community, what were the opportunities for an ear, nose and throat practice, what sort of city was it in general, what kind of school systems they had, etc. Each box in the grid was rated 1 to 4 by each of them. Tallahassee came out on top. In 1986, the Postmas and the Pooles moved to Tallahassee. Dr. Postma and Dr. Poole founded Tallahassee Ear, Nose and Throat-Head & Neck Surgery (TENT). Due to their tall statures, Dr. Postma and Dr. Poole were known as “the twin towers” by their colleagues.

Dr. Postma’s goal of having excellent communication, documentation of medical findings and reporting these back quickly to referring providers, and a strategic hire of an outstanding nurse manager helped change the face of medical records in Tallahassee. Dr. Postma attributes much of the success of Tallahassee Ear, Nose and Throat to Tricia Skinner, Nurse Manager at TENT. Dr. Postma recruited her from the otolaryngology clinic at UNC. He was always impressed by her excellent organizational skills and positive attitude. In 1996, Tricia and Dr. Postma and colleagues worked closely to design and implement one of the first electronic medical records (EMR) in the country and ultimately started the digital revolution in Tallahassee. He has taught courses at national meetings and hosted groups from all over the country to showcase the value of EMR. He credits the efficiency of TENT’s office and patient care to their ever-evolving EMR system. However, he is disappointed in the progress of these systems over the past 10 years.

Dr. Postma has revolutionized otolaryngology in our community. He was instrumental in establishing the first sleep center in Tallahassee and was a member of the first advisory committee on sleep apnea. He improved the techniques for the care of pediatric airways and sleep apnea. For adults, he shared new techniques of flap reconstruction in the treatment of head and neck cancer patients. He has provided education and research of complex procedures for neoplasms. He also introduced the skull based surgical approach and taught this through the American Academy of Otolaryngology. He expanded TENT to include audiology and facial plastic and reconstructive services in order for patients to get comprehensive care.

Dr. Postma is another physician who was fortunate to call Dr. I.B. Harrison a colleague. He always had the utmost respect for him in his ability to “tell it like it is.” He also appreciated his gentle side when caring for patients. Dr. Postma’s values mimic Dr. Harrison’s in that he always wants to provide quality care in a compassionate setting and build a care team where every member is valued for their expertise. “Having worked and shared patients with Dr. I.B. Harrison, I agree he was exceptional as a role model who treated all his patients with respect and dignity. He taught residents to adhere to ethical and compassionate medical practice,” said Dr. Ray Bellamy. “Dr. Postma exemplifies these qualities and has been a leader in ENT care for his group and the Big Bend area, along with the cancer society and as an advocate for children's medical care. I feel fortunate to have shared some of his space and to count him and his wonderful wife Marie as my closest and dearest friends.”

He has been involved in many aspects of the medical community. He is a passionate supporter of the local American Cancer Society having served as Medical Director, Vice President, President, and on their Board of Directors. He served as Medical Administrative Advisor for Tallahassee Memorial HealthCare (TMH), Chairman of the TMH Committee on Surgical Case Review, Chairman of the Department of Surgery, and member of the TMH Medical Executive Committee. He was actively involved in the research, design, implementation and startup of the state of the art and nationally accredited Red Hills Surgery Center and served as their President for 7 years. He was also the first board member and an active proponent of Big Bend RHIO (HIE Networks) providing a HIPAA-compliant electronic data exchange among providers. He has been a generous volunteer physician in the Capital Medical Society Foundation’s We Care Network since its inception. He testified for fair compensation for physicians who provide care to children with Medicaid, thereby increasing services to these children. “Dr. Postma was of immense help in the Florida pediatricians' lawsuit against Florida Medicaid for failure to assure that Medicaid children have equal access to care,” said Drs. Louis and Judy St. Petery. “In November 2008, he traveled to Ft. Lauderdale at his own expense for a deposition, and then testified at the trial in Miami in August 2010, again at his own expense. We and the pediatricians of Florida are so very proud of and indebted to Dr. Postma.”Dr. Postma is well known and respected for his willingness to care for any child, regardless of the family’s ability to pay.

His passion to mentor future physicians began during his years as Assistant Professor at UNC School of Medicine and has continued through his research, which can be found in many referenced journals, non-referenced journals, and contributions to textbooks. He previously served as Assistant Clinical Professor and Associate in Medicine-Program in Medical Sciences at FSU College of Medicine, and Assistant Clinical Professor at University of Florida - Shands Medical Center.

Dr. Postma has been married to his wife, Dr. Marie Hayes, a local dermatologist for 36 years. They are the proud parents of three children, Tom, Audrey, and Galen. Dr. Postma has four siblings and all are in the medical field: two brothers are radiologists, one brother is an orthopedic surgeon, and his sister is a counselor.

As for the future of TENT, Dr. Postma says, “we will continue to introduce new treatments and utilize tools that directly support the quality of patient care.” His vision is sure to positively impact many individuals in our community.

On behalf of all those associated with the Capital Medical Society, congratulations to Dr. Duncan Postma.