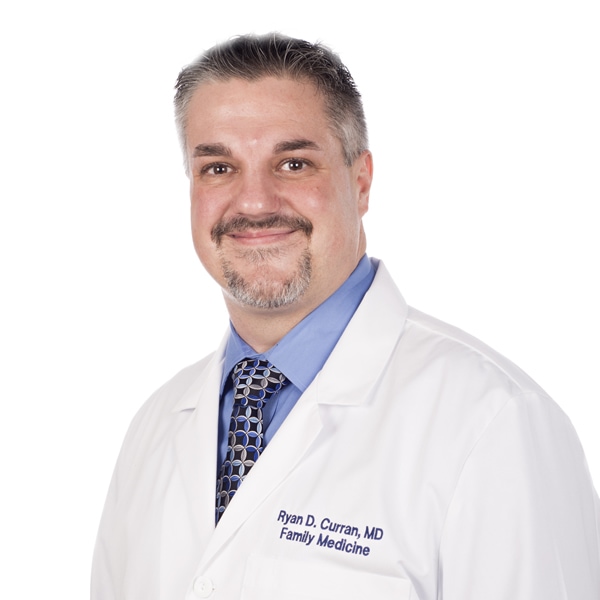 Dr. Curran was born in Michigan’s Upper Peninsula but considers many places home as his family moved frequently during childhood and adolescence. He grew up in the woods and has a great love of hiking, camping and fishing. Shortly after high school he served honorably and with distinction in the United States Marine Corps. He had a roundabout career path to medicine having also studied in the fields of aviation, anthropology and archeology. After graduating from Georgia Southern University with a BA in Anthropology he attended St. George’s University School of Medicine for his MD. He attended residency and practiced initially in his native Upper Peninsula before returning to the warmth of Florida!

Dr. Curran is board certified in Family Medicine, a fellow of the American Academy of Family Physicians and a diplomat of the American Board of Family Medicine. It has always been his goal to reduce barriers between physicians and patients. He strives hard to be approachable to his patients, in particular putting explanations and treatment options in the most understandable terms possible.

In his spare time, Dr. Curran enjoys reading and spending time with his family.